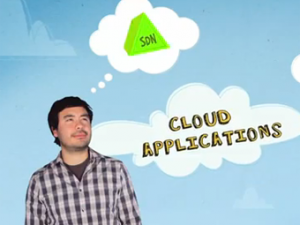 Network management and switching specification OpenFlow is being buoyed by industry support, according to the Open Networking Foundation (ONF), a non-profit organisation dedicated to promoting Software Defined Networking (SDN).

The group recently stepped up development and implementation of the OpenFlow 1.3 protocol, with a conformance testing event attended by 90 per cent of the group’s members.

A total of 50 network engineers from 20 member companies used a specially designed lab to accomplish an equivalent of two months of quality assurance testing within a week, and resolved features and interoperability issues with different vendors, the organisation claimed.

ONF member companies had the opportunity to test new software features and products that had not yet been tested for interoperability with other vendors’ software and hardware products. OpenFlow versions 1.0, 1.2, and 1.3 were tested in commercial controllers and hardware and virtual switches, verifying implementations of OpenFlow-based SDN that would be commercially applied to service provider, datacentre, and enterprise markets.

OpenFlow 1.3 allows member companies to address complex network behaviour, optimise performance, and leverage a richer set of capabilities as well as extending to functions incorporating IPv6 and MPLS. IPv6 has become the standard in the datacentre, and testing showed the ability to add new resources and functions that make SDN and the OpenFlow protocol more scalable. In addition, the test cases for MPLS showed the movement of SDN and the OpenFlow protocol outside of the datacentre, with successful implementations performed to allow service providers greater control of the network with open and interoperable software.

“SDN is gaining wider acceptance in the service provider community as a transformative network concept, reinforcing the importance of continuing maturation and implementation of the OpenFlow protocol,” said Chris Janz, vice president of market development at Ciena. “In this latest ONF PlugFest, Ciena has collaborated with vendor and operator counter-parts in inter-op testing. After a week of testing, it is clear to us that there has been a significant maturing of the OpenFlow ecosystem,” he said.